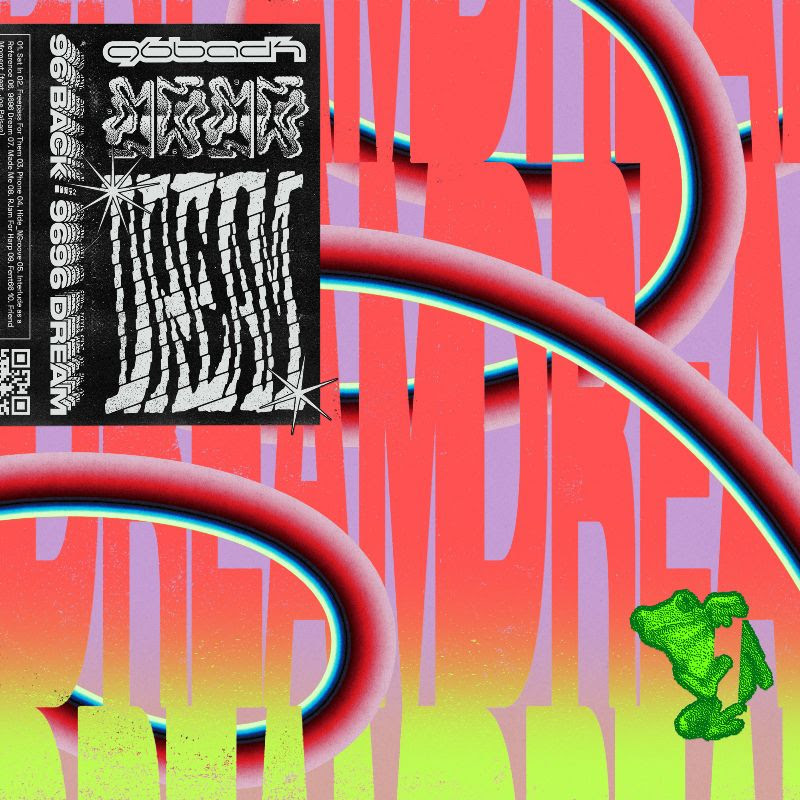 Facebook Twitter Google+
While many of us have struggled to fill the hours this past year, with Netflix binges, park walks and stress naps, others have been beavering away with intensity. Listening to 96 Back’s new release, we have to assume he’s the latter. At 21 years-old, 96 Back has already released dozens of tracks on labels like Central Processing Unit, but he’s bursting into action on Local Action with ‘9696 Dream’, a 30 minute-long, 10-track mixtape mastered by Warp Records legend Rob Gordon. 96 Back’s upbringing in Sheffield shines through in the references: from proper UK techno, with rugged grooves and witty samples, to IDM’s lighter touches, with tactile, lived-in noises. ‘Phone’ sounds like it was made by a kid who listens to Autechre’s ‘Amber’ in the twilight hours, all pitter-patter raindrops and crunchy melodics. Title track and ‘Made Me’ are ripe for a rave with laser beams splicing through the smoky darkness. A sign of great things to come. 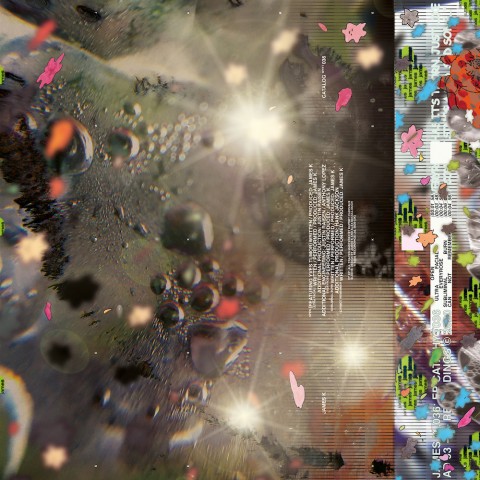 Facebook Twitter Google+
Back with her first solo release since 2016’s ‘PET’ LP, New Yorker James K delivers five tracks that are meditative and pleasantly quizzical. On ‘Open’ she collabs with Warp’s Yves Tumor, refracting gentle guitar strums into rubbery sonic wiggles. ‘Ultra Facial!’ offers breezy shoegaze, while on ‘Everyrose’, K’s gossama vocals are folded and unpicked over a bed of jumbled guitar. ‘Subliminal Burn’ adds tough kicks and sci-fi blasts of electronic noise, before ‘I Can Not Remember’ rounds off in a roaring, fuzzy crescendo. 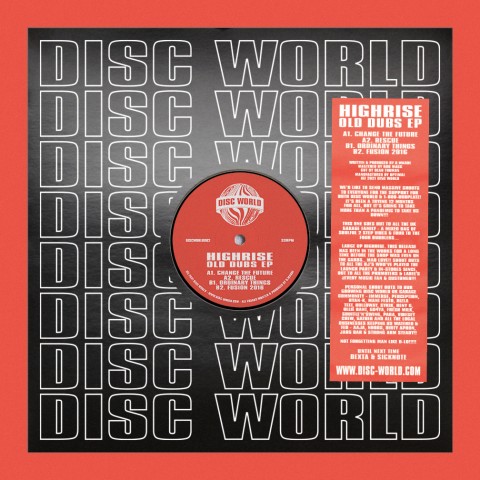 Facebook Twitter Google+
When South London record shop Disc World opened in January 2020, it also launched a label with a two-tracker from junglists Tim Reaper and Yorobi. The follow-up was put on hold during the peak of the pandemic, but is now ready for takeoff, with regular Reaper sparring partner Dwarde at the helm under his garage alias, Highrise. Across four tracks, he proves exactly why his releases are instant sell-outs — all thick-cut kicks, hats that slide like butter, and glossy keys and vocal snips that lift each track higher than a makeshift aerial on top of a towerblock. Pure class.

Facebook Twitter Google+
The mysterious Mayans from Berlin, perhaps named after the ancient central American civilisation, have really excelled themselves with their debut EP. The title track is a happy- go-lucky slab of feel-good jingly house, while ‘Make You Move’ is a shimmering DJ tool that makes fine use of filters and funky bass. But it’s ‘What You Heard’ that really takes the biscuit, a groove that recalls DJ Koze’s ‘Pick Up’ meshed with some classic sunshine filter house. The Alex Virgo remix beefs it up a tad. Bad, meaning great. 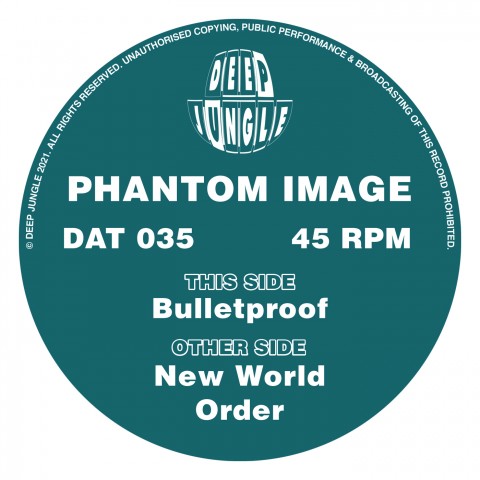 Facebook Twitter Google+
Having made its name with rare and unreleased music produced by the likes of Dillinja, Adam F and founder Harmony in the ‘90s, every junglist knows to buy each new Deep Jungle record on sight, or risk waiting another 20 years to get their hands on it. Phantom Image is Linford Jones (of Rufige Kru fame) with a collaborator; in true old school steppa fashion, ‘Bulletproof’ waits a full three of its eight minutes before unleashing its chasmic sinkhole bassline, while ‘New World Order’ offers rolling beats that skip and ricochet around each other in hypnotic chaos. 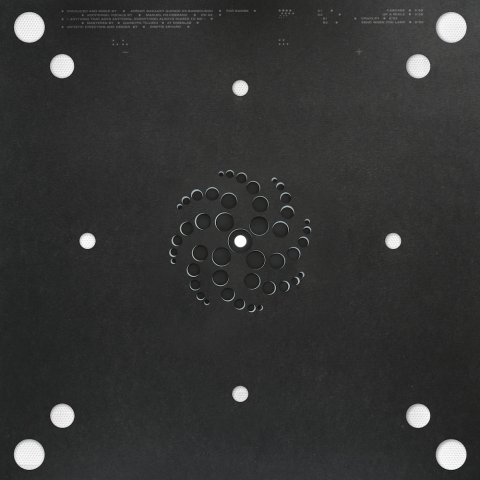 Facebook Twitter Google+
There's such cohesiveness to Bambounou’s new four-tracker that you’d be forgiven for thinking it was simply a single original track with three remixes. Utilising a palette of rubberised beats, sequenced and panned in a way to chatter back and forth across the width of the track — as if in frenzied conversation — the Parisian delivers propulsive minimal (‘Cascade’), gurgling trance (‘Up A While’), a club thumper (‘Craig.py’), and a brilliantly cinematic piece (‘Send When You Land’) that sounds like the heartbeat of our future AI overlord. 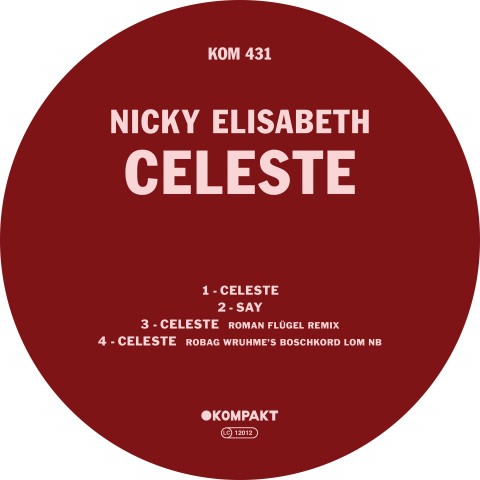 Facebook Twitter Google+
Nostalgia done right. Nicky Elizabeth delivers a gargantuan prog belter with ‘Celeste’ — one that wouldn’t go amiss on the dancefloors of 20-odd years ago, but will also fit snugly at the peak of a modern melodic techno set. Steady pulse? Check. Slow-building risers? Check. Floaty pads? Check. Whirling, psychedelic synth line that takes you to another dimension? You better believe it! There’s a moody second track, ‘Say’, and good enough reworks from Roman Flügel and Robag Wruhme here too, but the original is the one you want. 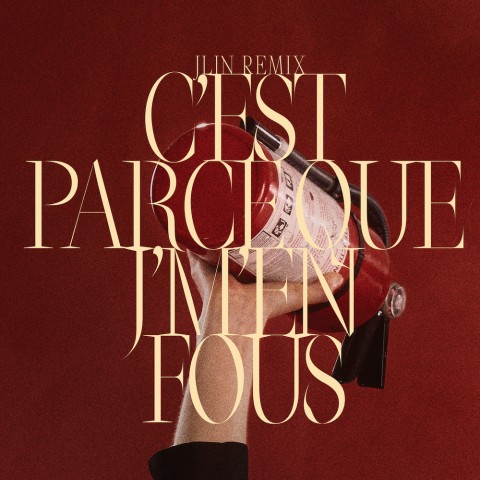 Facebook Twitter Google+
The first in a series of remixes of tracks from last year’s superb ‘Renegade Breakdown’ album (Morgan Geist and Young Marco have also had a pop). Originally a punchy, glitched-up synth- pop track, Jlin’s spin first grabs the attention somewhat as expected — by upping the tempo and agitating the percussion. But as the track progresses, the Indiana-based producer’s increasingly frantic looping and panning of Davidson’s voice becomes so mesmerising as to force all other elements back into purely supporting roles. A magical listen. 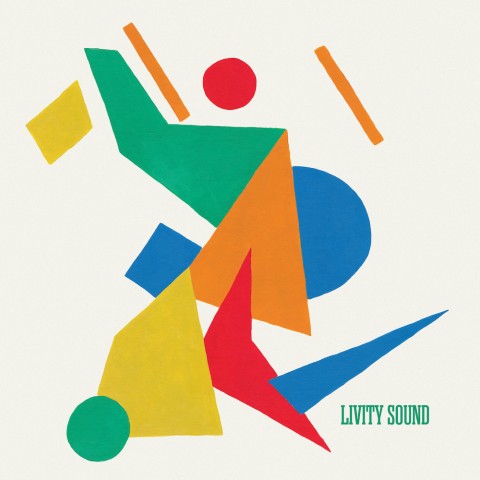 Facebook Twitter Google+
Forest Drive West has successfully aced the breakbeat trickery of jungle, got an A* in boot-your-door-down techno, and offered up numerous dusty, dubbed-out contemplations. His latest largely falls into the latter category but with enough twists to keep things fresh. The title-track is a Sunwaves-worthy minimal roller, while ‘New Day’ and ‘Ritual’ introduce swaying rhythms over astral pads, and closer, ‘Scorpion’, is a moody cinematic soundscape. 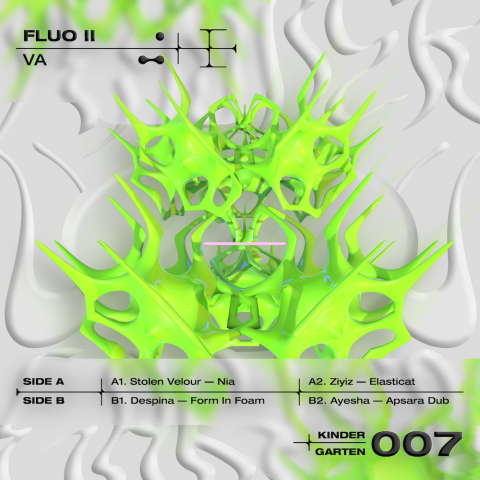 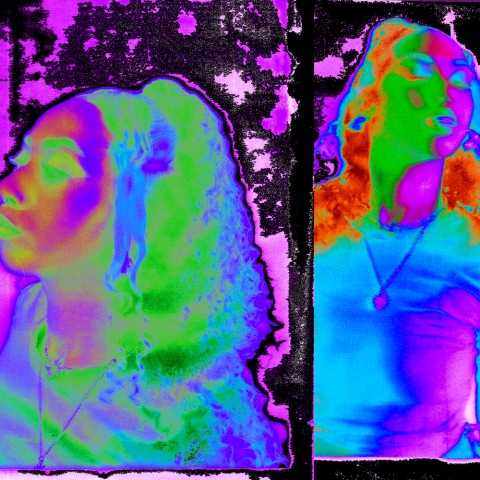 Facebook Twitter Google+
If you’ve been following Nia Archives on Instagram (if not, now’s your chance), you’ll know how uniquely infectious her tracks are — bubbling collages of choppy liquid jungle drums, delicate guitar and keys, and a voice that’s part Eva Lazarus, part Kate Nash, but all her own at the same time. Boosted by her EQ50-led mentorship with the iconic V Recordings, she’s readied her debut EP. It’s the way Nia’s voice is layered and overlapped that’s really special throughout, creating a swirl of harmonies that’s soulful but shifting — keeping you on your toes. Essential. 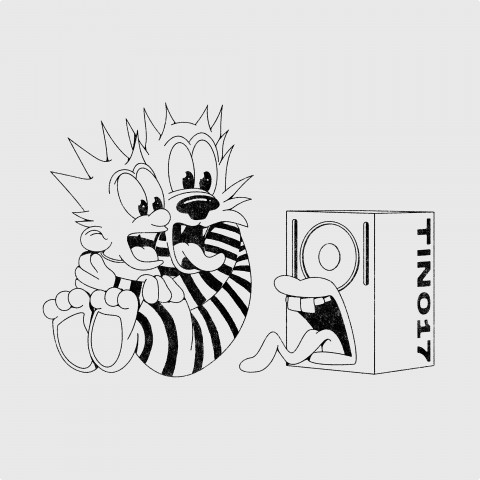 Facebook Twitter Google+
Manchester's modern garage don is back with another unmissable offering for the Shall Not Fade offshoot that’s also making a habit of unmissable offerings. The blissed-out title track has a touch of Burial about it, without being a pastiche, but features a bubbling electro-organ melody that gives it a turn of the Millennium pop flavour. Elsewhere he ups the ante with gutteral basslines (‘Momofuku’, ‘Opulence’) before ‘Let Loose’ threatens to break out into full on hardcore and Coco Bryce gives ‘In My Arms’ the darkside treatment. 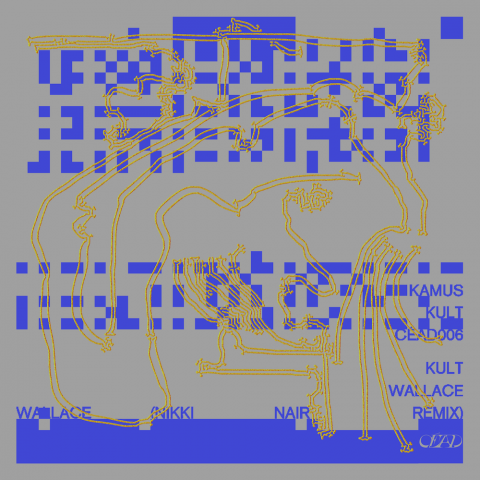 Facebook Twitter Google+
As DJs and ravers begin to prep for the potential return of clubbing, the long list of tracks just screaming for a soundsystem swells to epic proportions. Here, lead track ‘Kult’ places nifty, swinging percussion among eerie chimes that echo around an imagined warehouse. ‘Wallace’ is more direct; a claustrophobic techno pulse underpinning jittering shakers, the whine of a noodling Middle Eastern horn, and metallic plucks. Finally, the in-demand Nikki Nair flips the latter with a sweltering drum & bass energy. Another must-have from Or:la’s label. 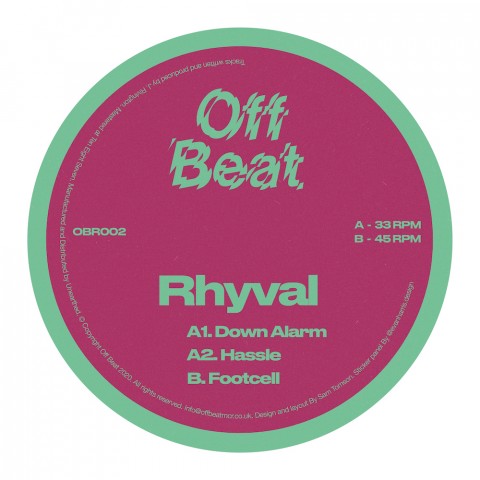 Facebook Twitter Google+
Three fun DJ tools in the tradition of Hessle Audio, Swamp 81, Timedance and the like — that chunky, staccato sound usually dubbed ‘UK techno’. Driven by incessant hi-hats, ‘Down Alarm’ is for those minimalist moments, where you want to scale back the noise without losing the energy, while the snatched vox and air-tight perc on ‘Hassle’ (a nod perhaps?) vibrate like a boiler threatening to explode. ‘Footcell’ is the pick, though, each element playing off the next like an electronic drum circle before silky pads and a garage-esque vocal snippet sweep in. 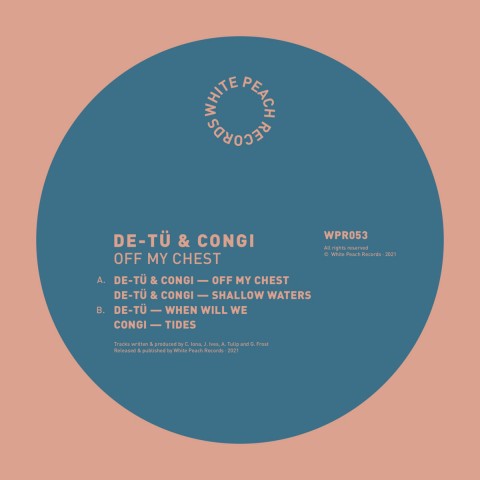 Facebook Twitter Google+
The ever-prolific White Peach Records drops its second release of 2021 as a joint effort from DE-TÜ and Congi — the A-side featuring two collaborations and the B-side two solo tracks. DE-TÜ’s ‘When Will We’ is the pick here, a slick percussive cut of next- level bass weight, built around heavy kicks and a wildly pitched snare. The pair’s ‘Shallow Waters’ is a more stripped-back affair, whilst Congi introduces more jazz-infused flourishes on ace closer, ‘Tides’. Tip! 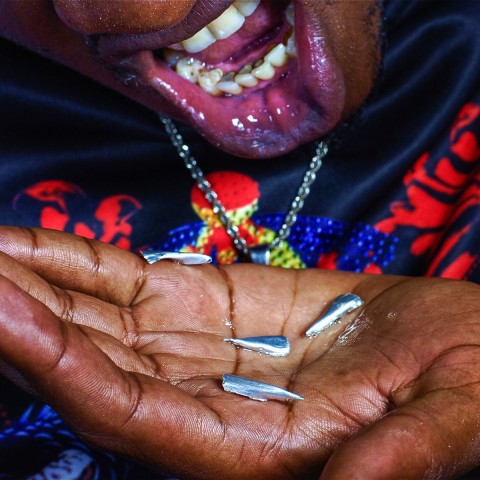 Facebook Twitter Google+
Following on from his 2020 debut EP ‘Walah’, Biga Yut is back on Nyege Nyege’s club-orientated powerhouse Hakuna Kulala with our new tracks. Opener ‘Cash Boss’ is likely to be the favourite among DJs and dancers, its upfront dancehall rhythm played out in booming, steely blows around the titular refrain. ‘Kampala’ is similarly charged, with Yut’s heady flows spiralling between hooks. From there, things only get weirder, with ‘Vampirina’ descending into a cyborg-voiced nightmare and ‘Motor Version’ freaking out over the menacing rev of engines. 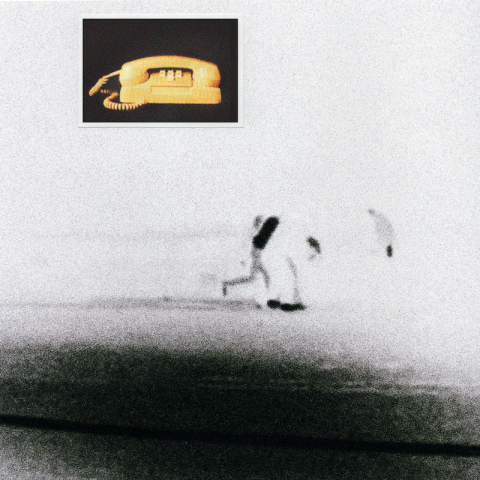 What Do U Want?

Facebook Twitter Google+
This four-tracker from SLINK resident K Wata is by turns dancefloor-focused and intoxicatingly off-kilter. The results end up like a dream of the club: inviting and familiar, but blurry and unpredictable; the sort of strange you want to tell other people about right away. From the disjointed dub techno depths of ‘8 Up’ and meditative footwork of ‘Your Attitude Not Mine’, to the duelling Soft and Hard mixes of ‘What Do U Want?’, you’ll be stepping into this dream again and again.